The first four episodes of the final season of Younger premiered today on Paramount+ and fans will be disappointed when they notice that two beloved characters are not in any of the episodes.

Two key characters were unable to return to the show as series regulars for the final season due to scheduling and COVID-19 related matters.

The first four episodes of the seventh of final season are currently available to watch on Paramount+ and Hulu. New episodes will premiere weekly on both streaming services. The entire season will also air on TV Land later this year.

Keep reading to learn more about the exits… 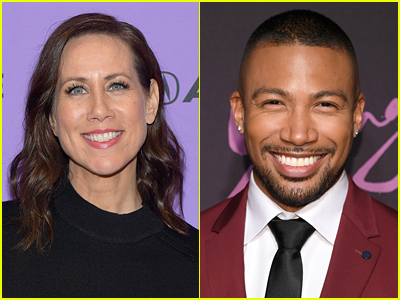 Younger creator Darren Star said, “Due to scheduling and Covid related matters, Miriam Shor and Charles Michael Davis were unable to be season seven cast regulars. However, they will always be a much loved and integral part of the Younger family and have added so much heart and soul to the series.”

Sutton Foster, Hilary Duff, Nico Tortorella, Debi Mazar, Peter Hermann, and Molly Bernard are all back for the final season.

Learn the latest details about the possible Younger spin-off series!