Wonder Woman 1984 is now streaming on HBO Max and you definitely should stick around for the end credits because there’s a scene that you won’t want to miss.

After the film is completely over, there’s an additional scene that is an extension to the sequel’s storyline and it’s an incredible moment that will have all Wonder Woman fans excited.

A cameo appearance from someone very special to the franchise happens and it possibly could set up the action for a third Wonder Woman movie. 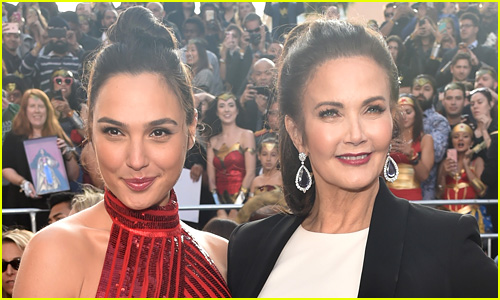 Lynda Carter, who was the original actress to play Wonder Woman in the beloved TV series, makes a cameo as the character Asteria.

We first see Asteria from behind while she’s walking through a crowded marketplace. A pole falls down and before it can crash on anyone, she lifts up her arm and easily stops it from hitting the bystanders.

After being thanked by a woman who could’ve become a victim, the hero reveals her name is Asteria and she’s “been doing this for a long time.”

In WW1984, we learned that Asteria was the bravest of the Amazon warriors and she stayed behind to fight while the rest of the warriors fled to the island of Themyscira. The annual games that opened the movie are held in Asteria’s honor. Also, the golden suit of armor that Wonder Woman wears in the final battle is the suit that was once worn by Asteria.

So, will we see Asteria in the DC Comics Extended Universe in the future? Only time will tell!

Read More: Who Is Asteria? ‘Wonder Woman 1984’ End Credits Scene Explained!
Dolphins could make history in both playoffs and NFL Draft
Porsha Williams Shares A Video With Pilar Jhena And They Both Look Gorgeous – Check Out Porsha’s Mini-Me