The seventh episode of WandaVision was just released on Disney+ and make sure you watch the credits for this episode as there’s a bonus scene that you’ve gotta see!

This extra scene definitely sets up something for next week. Keep reading for a very quick recap of what happened, but beware of spoilers throughout the rest of this post.

The latest episode broke the fourth wall with Elizabeth Olsen‘s character Wanda Maximoff giving confessionals to the camera in the style of Modern Family and The Office.

We also saw Darcy Lewis (Kat Dennings) enter the hex after Wanda expanded the Westview border at the end of episode six, trapping lots of S.W.O.R.D. agents inside.

Outside of the hex, Monica Rambeau (Teyonah Parris) was working with Agent Woo (Randall Park) on ways for her to get inside the hex to send an important message to Wanda.

Click inside to read about the end credits scene… 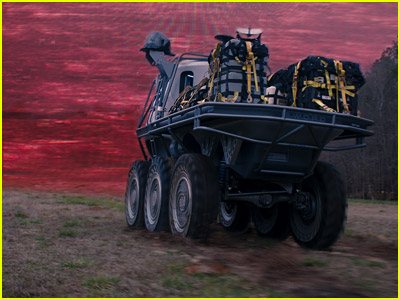 After Monica gets into Westview (and gains some sort of cool special power in the process!), she makes contact with Wanda and tells her that the only lies she ever told were the ones that Wanda put into her head.

Agnes (Kathryn Hahn), who had been watching Wanda’s twins that day, saw what was happening and saved her from the situation. After bringing Wanda over to her house, Wanda wanted to know where her twins were. Agnes said they were probably playing in the basement, so Wanda went down there and started exploring the mysterious tunnels. Agnes then showed up and revealed her true identity is Agatha Harkness. “You’re not the only witch in town,” she tells Wanda, revealing that she’s been messing up things in Westview the whole time. 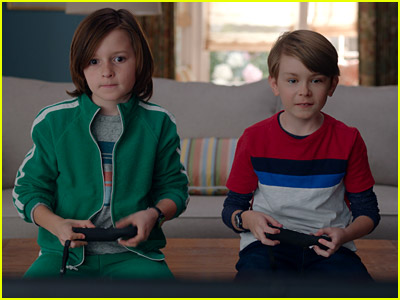 So, what happened in the mid-credits scene?

In the mid-credits scene (which happens at the 31:45 mark in the stream), we see Monica roaming around outside Agnes’ home and she finds an outdoor basement entrance.

Monica opens the door and we see the mysterious purple powers on vines running around the basement. She then realizes someone is next to her, turns around, and finds Evan Peters‘ Pietro Maximoff standing behind her.

Read what Paul Bettany had to say in response to fan theories about the show!

Just so #WandaVision fans are aware. There is a mid credits scene. pic.twitter.com/tJ1g4JHyTa

THERE ARE END CREDITS FOR WV JUST A HEADS UP🗣

THE ENDING!! THE POST-CREDITS!! #WandaVision

Ate but fuck Disney for giving us 6 episodes with no end credits scenes, then on episode 7 they just throw one at us. I almost missed it

me when pietro crept up on monica in the post credits scene #WandaVision pic.twitter.com/xn5cjvHTLe

Read More: ‘WandaVision’ Episode 7 Has a Mid-Credits Scene That You Need to See (Spoilers)
Kamala Harris Makes Surprise Appearance At ‘Premio Lo Nuestro’ And Shows Love To Latin Artists In Her Inspiring Speech!
Khloe Kardashian Claps Back At Hater On Social Media Amidst Rumours She’s Back With Tristan Thompson