Victoria Beckham is opening up about the “life-changing” moment when she realized it was time for her to leave the Spice Girls.

The 46-year-old entertainer and fashion designer wrote a feature for British Vogue in which she wrote a letter to her future self.

Victoria talked about running her fashion empire and how the pandemic has caused some challenges. She also wrote about her time in the Spice Girls. 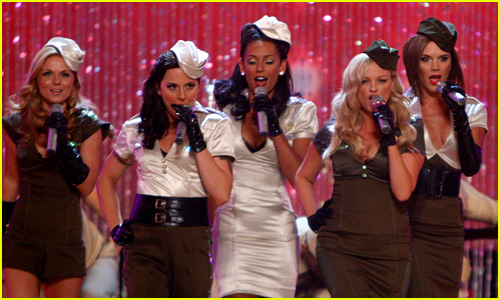 “Remember years ago, watching your dear friend Elton John on stage in Las Vegas. He performed ‘Tiny Dancer,’ as if it were the first time, and you realized this was like oxygen for him. It was a life-changing moment — while singing and dancing was fun for you, it wasn’t your passion,” Victoria wrote in the letter.

She continued, “That day, you started your quest to uncover your own dreams. It was time to step away from being a Spice Girl. For the first time, you were venturing out on your own, and it was terrifying. It was scary to close a chapter that defined you.”

Victoria remained with the group until the end of their 2012 reunion. She didn’t join them in their 2016 reunion or the 2019 concert tour.

Read More: Victoria Beckham Reveals the Moment She Realized It Was Time to Leave the Spice Girls
Packers: How Green Bay can trade up for Alabama’s Jaylen Waddle
Lily Collins & Fiance Charlie McDowell Walk the Beach with Their Dog