Tracee Ellis Ross Once Yelled at Mom Diana Ross for This Reason!

Tracee Ellis Ross is looking back at one of her biggest fights with her mom Diana Ross!

The 48-year-old black-ish actress chatted with Naomi Campbell during a new episode of her YouTube series No Filter with Naomi where she revealed that the 76-year-old music icon kept a priceless clothing item stored in her closet.

That item happened to be the black rhinestone-embellished blouse Diana wore during a performance with the late Michael Jackson back in 1981.

“I was out in the garage at one point and I came back in the house with this shirt and I was like ‘MOM! What is! Why is this not in a case? This could pay for college!’” Tracee recalled. 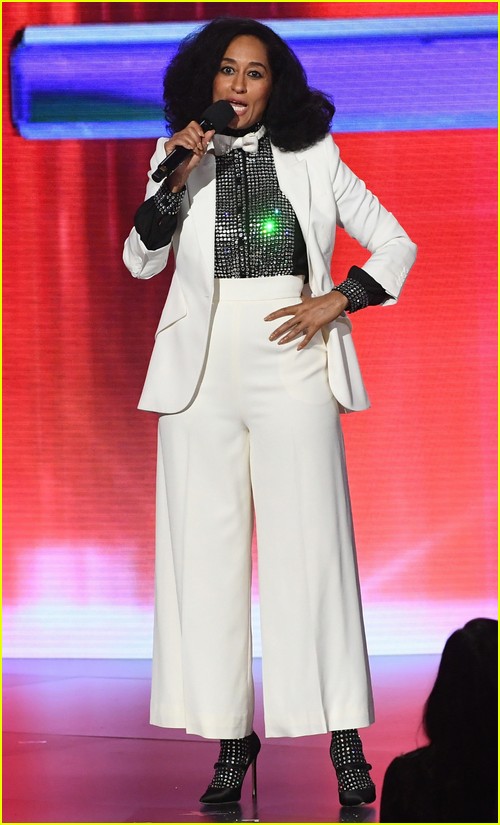 Read More: Tracee Ellis Ross Once Yelled at Mom Diana Ross for This Reason!
Jamie Dornan Says The Shirt Ripping Scene in 'Barb & Star' Isn't That Easy To Do
Senator Ted Cruz Getting Slammed For Traveling to Cancun Amid Deadly Winter Storm in Texas