‘Them’ on Amazon: Lena Waithe Faces Backlash for Racial Violence in New Series

Lena became a trending topic on Twitter this weekend in reaction to a Los Angeles Times article that details the racial violence that is depicted in the series.

Them is a limited anthology series that explores terror in America. The 1950s set first season centers on a Black family who moves from North Carolina to an all-white Los Angeles neighborhood during the period known as The Great Migration. The family’s idyllic home becomes ground zero where malevolent forces, next-door and otherworldly, threaten to taunt, ravage and destroy them.

The LA Times article provides spoilers for something that happens in episode five and questions if the show goes “too far.” 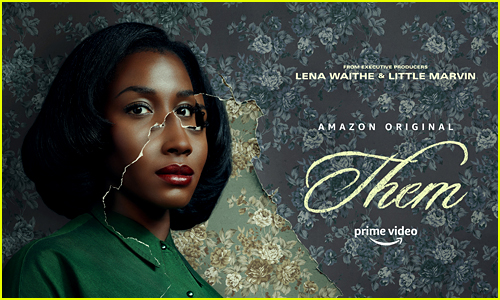 The excerpt from the article that is getting lots of attention says, “While much of the menace in Them comes from things that go bump in the night, the most shocking horror lies in its more realistic scenes of racist violence, which are arguably more disturbing than the vivid images in its recent predecessors. The mayhem gains momentum in the fifth episode, which depicts the murder of a Black infant while his mother is raped and continues in a later episode with the blinding of a Black couple with hot pokers, and a white mob then burning them to death.”

Series creator Little Marvin told the paper that the violence was necessary.

“Yes, there is a concern, but at the end of the day, I as an artist have to sit with myself and grapple with the authenticity of the show,” he said. “If I can sleep at night knowing this entire enterprise has an authenticity and integrity to it, then I’m good.”

Read below to find out what people are saying on social media.

Lena Waithe spins a wheel before every project and thinks “who do I want psychologically terrorize this time?” and it always lands on Black people.

white people are not the only people who desire (actively desire, consciously & unconsciously) to witness black suffering. dramatized and real. simulated & stimulating.

Lena Waithe is unwell. Her art is telling me things I don’t like. Where did she grow up, go to school, hang out with? What inspires her art? These projects she’s putting out….eh.

TW//Rape
/
/
/
Lena Waithe and everyone else invoked is going to hell 🤷🏽‍♂️. When we said Black horror movies we definitely did not mean extreme racist violence. https://t.co/hsuPKP3LZ4

Lena Waithe really went to Amazon Prime and said, "Jordan Peele/Monkeypaw Productions has Us. HBO has Lovecraft Country. Let me give you both."

To be clear this is peak Lena Waithe. She seems incapable of being attached to projects about Black people without reveling in Black pain–especially when she is in charge. Play on the name, use one of the same actresses but expressly torture Black bodies. https://t.co/qF6gUqcrHr