SPOILER ALERT – Do not continue reading if you don’t want to know what happened on the latest episode of The Bachelor.

It’s week two of Matt James‘ season of The Bachelor and it seemed like things were going smoothly until the final moments of the episode.

Matt went on two one-on-one dates and one group date this week. He handed out roses to Bri and Sarah during the one-on-ones and Lauren got the rose during the group date.

During the cocktail party ahead of the rose ceremony, Matt shared a sweet moment with Marylynn. He gave her an orchid because he “remembered” that she likes them and she was shocked because she wasn’t sure if he even remembered her name. After the season’s villain Victoria found out, she decided to go to Matt and tell him that Marylynn said things to her that weren’t nice.

Matt then confronted Marylynn, who denied saying anything hurtful. She then tried to make peace with Victoria, who didn’t want to make nice.

The rose ceremony started and then something happened…

Click inside to find out what occurred in the cliffhanger moment… 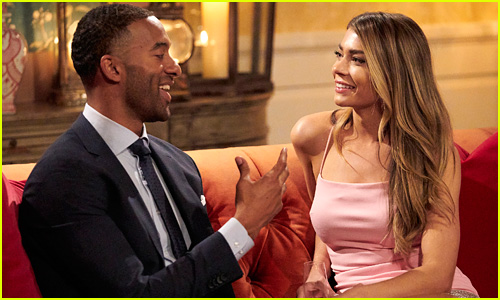 Sarah, who already received a rose during her one-one-one date, stumbled off the riser and Bri helped her after she realized what was happening. The two women left the room so that Sarah could sit down.

When the medic came over to help Sarah, she said that she’s blacking out and seeing stars. Then, the episode ended. We’ll have to wait until next week to see what happened.