Emily Maynard is opening up about her Bell’s palsy diagnosis.

The 34-year-old former The Bachelorette took to her Instagram Story on Friday (January 1) to reflect on her past year.

In her posts, Emily revealed that she was diagnosed with Bell’s palsy back in September while pregnant with her fifth child.

“Got Bells Palsy and had to wear a patch,” Emily wrote along with a photo of herself wearing a patch over one of her eyes.

Emily didn’t share too much about her diagnosis, but did reveal that she had Bell’s palsy before, back when she was in high school.

“Also getting lots of questions about Bell’s palsy. I had it in high school and lucky me am one of the very few people that get it twice,” Emily wrote. “It started with a bad headache that got progressively worse and went into my jaw. Thought it was an ear infection but then woke up one morning and couldn’t spit out my toothpaste or put on mascara.”

Emily continued, “I knew exactly what it was so doctor prescribed me a steroid. It got worse before it got better. Every morning I would wake up and run to the mirror to see if I could wink or whistle haha.”

Emily welcomed baby No. 5, daughter Magnolia, with husband Tyler Johnson back in October.

The two are also parents to sons Jennings, 5, Gibson, 4, and Gatlin, 2. Emily is also mom to 15-year-old daughter Ricki, whom she shared with late race car driver Ricky Hendrick.

This Oscar-winning actress was also diagnosed with Bell’s palsy several years ago. 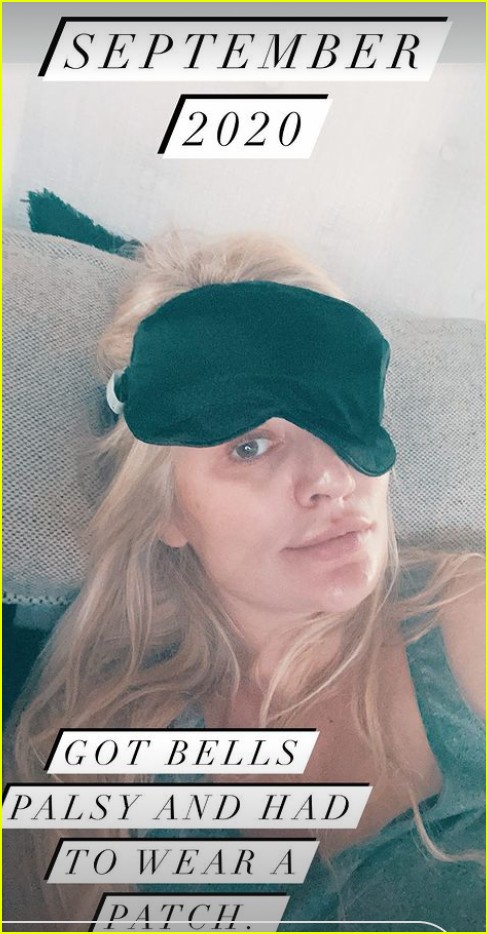 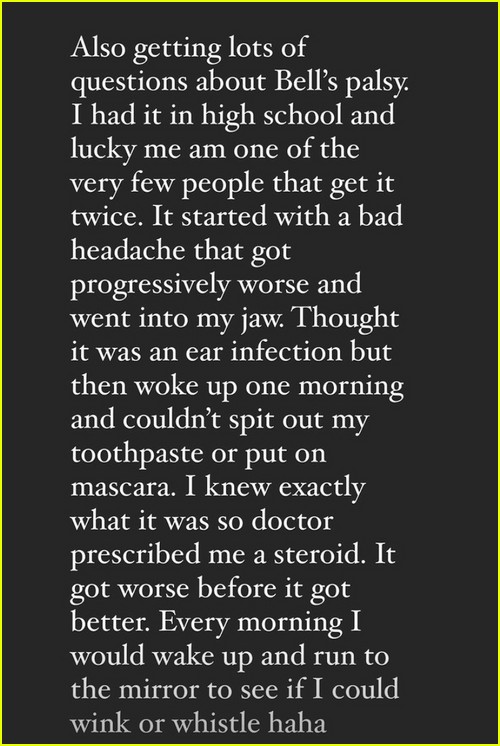