The new trailer for Black Widow gives us our first look at young Natasha Romanoff!

The younger version of Scarlett Johansson‘s iconic character is portrayed by newcomer Ever Anderson and this marks her biggest role to date.

Did you know that Ever actually has famous parents? Both her mom and dad are in the film business and they’ve worked together many times.

Ever is currently working on her next movie, Disney’s Peter Pan & Wendy, in which she is playing Wendy. 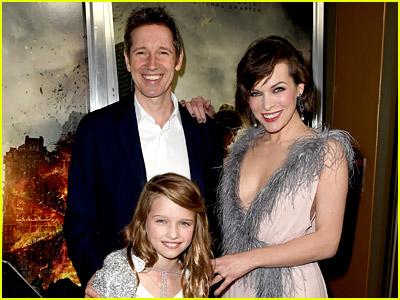 Ever is the 13-year-old daughter of actress Milla Jovovich and director Paul W.S. Anderson.

Milla is best known for her work in the Resident Evil movies, which were written and directed by Paul. He also wrote and directed her recent movie Monster Hunter, which you can watch on demand right now.

In a TikTok video this week, Milla hilariously impersonated her daughter!