Stanley Tucci is stirring up some cocktails with the help of his “elves”!

The 60-year-old actor took to his Instagram on Christmas Eve, Thursday (December 24) to share a video of himself making a Christmas cocktail.

Filmed by wife Felicity Blunt, Stanley takes viewers through the steps of making a Christmas cosmo, explaining that his version of the cocktail is a “little different than a normal cosmo” as he replaces the usual lime juice with pomegranate.

Before taking a sip of his concoction, Stanley revealed that he had some “helpers” off camera working on the garnishes.

The camera then pans to Felicity‘s sister Emily Blunt and her husband John Krasinski wearing Santa hats while John snaked on some pomegrantate seeds.

“I told him that was supposed to be the garnish,” Emily said.

“I’m so sorry,” John told Stanley. “This is delicious, but I did mess up.”

At the end of the video, John, Emily, Felicity, and Stanley are all seated around the kitchen table while sending a message to fans.

“Happy holidays!” they all said together, before Stanley added, “Stay safe!”

Click inside to see photos from their Christmas Eve… 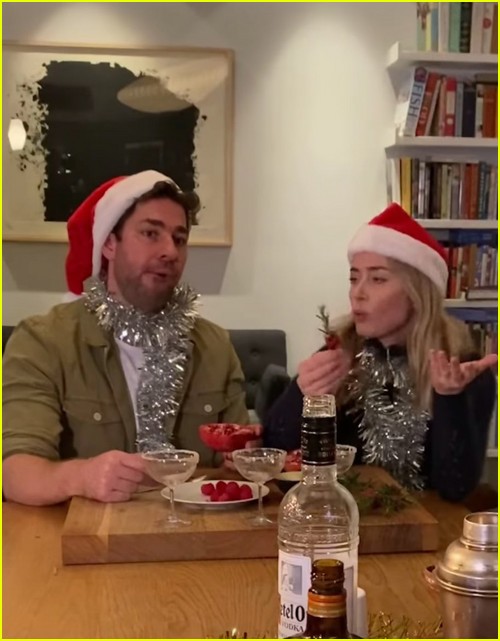 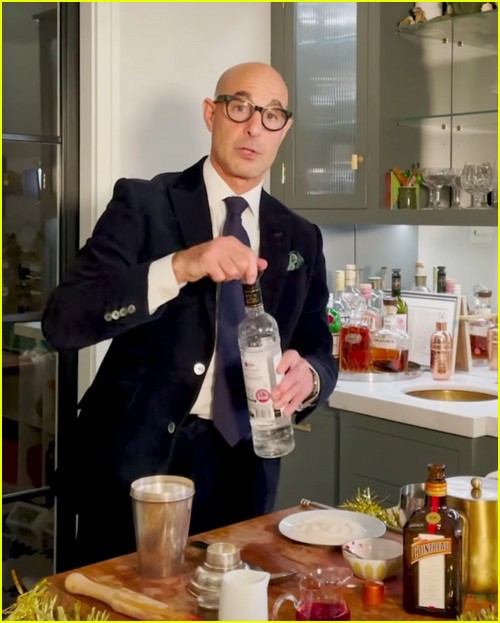 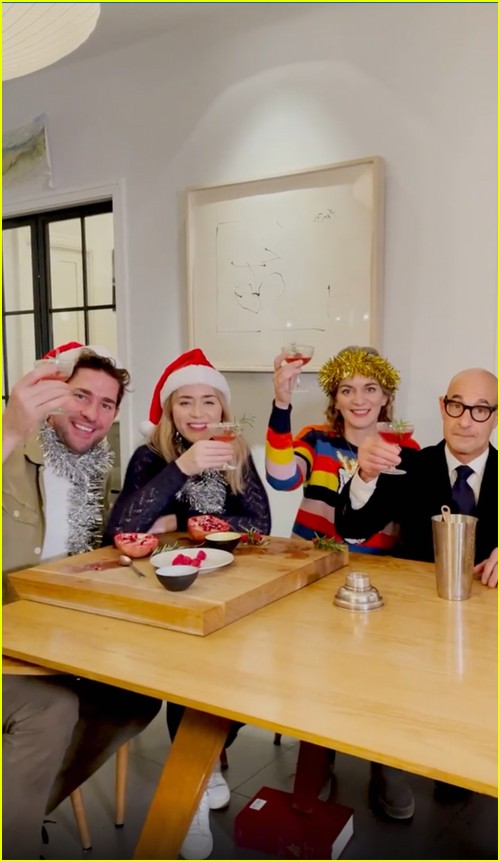 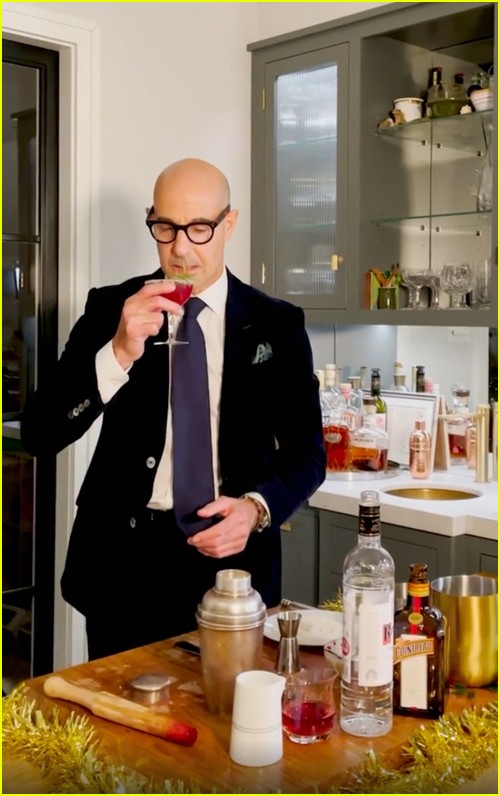 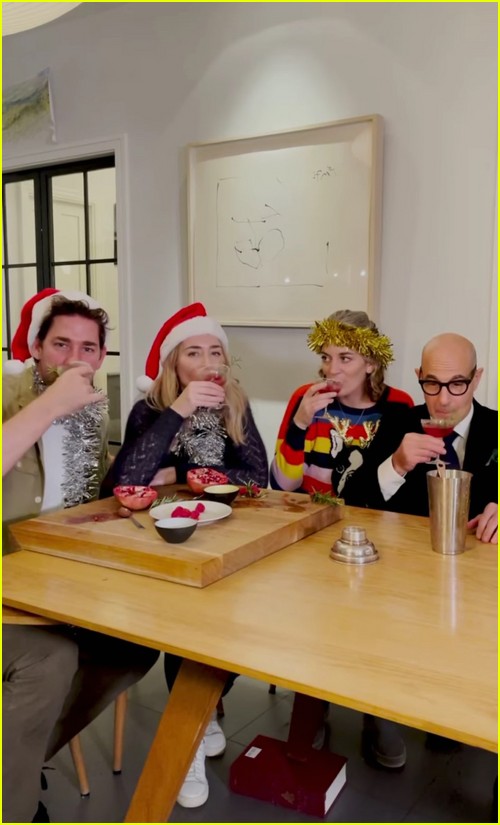