Source Explains Why Wyatt Pike Dropped Out of ‘American Idol’

American Idol fans were shocked on Monday night (April 12) when host Ryan Seacrest announced that contestant Wyatt Pike would not be continuing with the competition.

Not much information was given during the show and fans were wondering why he decided to drop out.

“Before we get to the results, I have to tell you that finalist Wyatt Pike will not be competing in the competition. He had to drop out, but we wish him the very best,” Ryan told the viewers at home.

We spoke to a source who gave a brief explanation for the abrupt exit.

Click inside to find out what the source said… 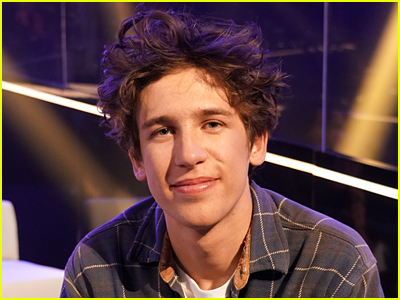 The American Idol source told JustJared.com that “Wyatt could not continue due to personal reasons, and we cannot comment further.”

It’s unclear what happened in Wyatt‘s personal life that led to his exit, but we do know that he is already home in Park City, Utah. He shared a post on social media five days before the live show aired.

“Something to feel this through: home. Thankful for the rollercoaster I’m on today. 💙,” Wyatt wrote on Instagram along with photos of the mountain range and the snowy roads.

You can watch Wyatt‘s final Idol performance below.

Another shocking twist was revealed during the episode and we also learned the Top 12 contestants.

Read More: Source Explains Why Wyatt Pike Dropped Out of ‘American Idol’
Reese Witherspoon Brings Her Dog to 'Morning Show' Set, Spotted with Mark Duplass!
Western U.S. it is likely to enter its most severe drought in modern history