Rosamund Pike continues her streak of incredible performances in the new Netflix movie I Care a Lot, but she didn’t think she was going to get the role at first!

The 42-year-old actress, who received a Golden Globe nomination for the film, explained to Vogue that she wasn’t offered the role until almost five or six months after her first meeting.

“I read [writer J Blakeson‘s] script and told him, ‘This is the most exciting female character I’ve read in years.’ He replied, ‘I’ve always liked your work. Let’s have dinner.’ Five or six months after that, I was offered the film,” Rosamund said. 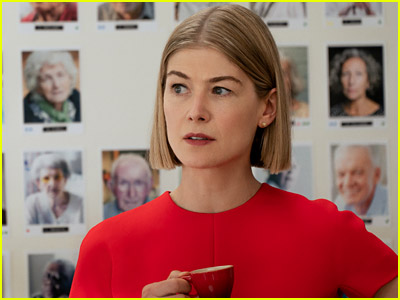 She continued, “It makes you think you’re probably not his first choice [laughs], but I’ve never been scared of being second or third choice. In this business, you can’t have any pride about stuff like that. You have to seize the opportunities.”

Find out if Rosamund‘s character Marla Grayson was a real person and if the film is based on a true story or not.