Riverdale‘s Veronica Lodge, played by Camila Mendes, is going to have a new love interest in season five!

If you didn’t know, there will be seven-year time jump in the middle of the upcoming season. The first three episodes of the season will continue the season four storyline, which was cut short due to the pandemic.

Starting with episode four, the action will move seven years into the future and Veronica will be married!

Deadline has confirmed that the actor playing Veronica’s husband will be introduced in episode 504.

Click inside to find out who it will be… 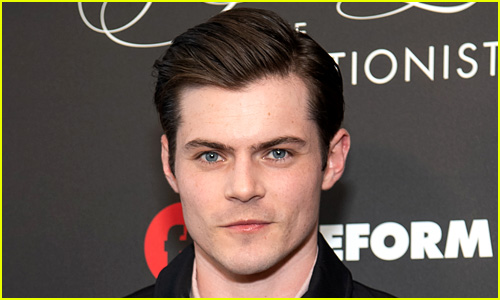 Chris Mason has been cast in the role of Chad Gekko, “Veronica’s controlling and jealous husband who works on Wall Street. An Alpha dog, Chad is threatened by Veronica’s life in Riverdale, especially her friendship with Archie (KJ Apa).”

You might recognize Chris from his work on the Freeform show Pretty Little Liars: The Perfectionists or from his appearance in season three of Broadchurch.

Find out which character on the show is going to be pregnant!