Prince Harry and Meghan Markle made their very first appearance since announcing they are expecting baby number two!

The pair sat down for an appearance on Spotify’s Stream On event that took place on Monday (February 22). The appearance appeared to be pre-taped.

The Duke and Duchess announced their pregnancy on Valentine’s Day and it’s been a big week for them since the announcement after this royal announcement came just a few days later.

Be sure to find out the rumored due date for Harry and Meghan‘s upcoming baby. 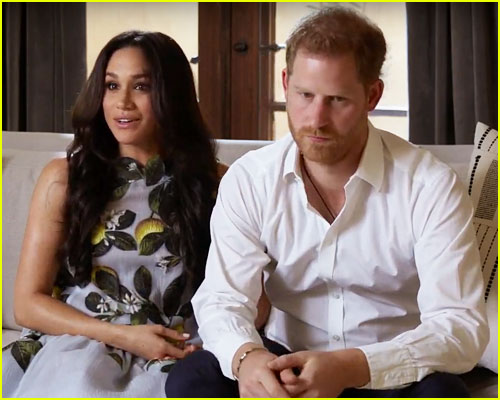 The former royals have a partnership with Spotify and you can listen to their very first podcast (with a special appearance by Archie) right here.

Read More: Prince Harry & Meghan Markle Make First Appearance Since Announcing Pregnancy!
Halle Berry Dishes On Her First Ever Kiss & It Was With This Surprising Person
Olivia Munn Reveals Her Fibromyalgia Diagnosis & How She Lives With the Disorder