It looks like Pete Davidson and Phoebe Dynevor have been subtly hinting at their relationship without fans even realizing, until now!

The 27-year-old Saturday Night Live actor and the 25-year-old Bridgerton actress have been the subject of dating rumors for weeks now and now they have been spotted wearing matching necklaces.

The “PD” necklace has their matching initials on it and Pete was seen wearing it during his appearance on The Tonight Show Starring Jimmy Fallon last week.

Phoebe has been seen wearing the necklace during some Zoom interviews she has been doing. 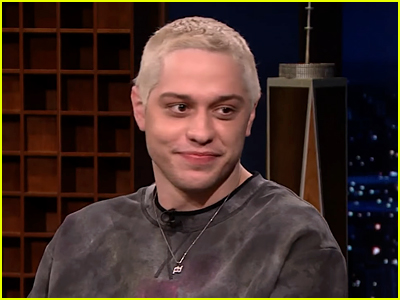 A source told The Sun, “Pete is wearing it as a romantic gesture to Phoebe. He wanted to show just how much she means to him and just how serious he is about them. She’s in London and he’s in America.”

Fans think that Pete confirmed his relationship with Phoebe over the weekend. See what happened!

Read More: Pete Davidson & Phoebe Dynevor Have Been Wearing Matching Necklaces!
Keith Urban Reveals What Happened When Taylor Swift Texted Him to Collaborate on New Songs!
Brielle Biermann Grateful For All The Support After Tragically Losing Her Best Friend