Luke Evans has written a letter to his fans to address the reports that he has broken up with boyfriend Rafael Olarra.

While the split has been rumored for months, it seemed that Luke confirmed the news during an interview with UK outlet The Times over the weekend. “It is what it is,” he told the newspaper.

Luke took to his Instagram Stories on late Monday night (January 11) to write a note about all the reports spreading around.

Click inside to find out what Luke had to say…

“Just to be very clear, no one, I repeat, no one, knows what is going on in my personal life apart from me,” Luke said. “A simple one word comment made in an interview does not give gossip magazines anything more than that. If they choose to create sensational stories about my personal life, that is their choice, they wanna get hits to their page, I get it.”

Luke continued, “But the truth is, they know very little about what’s really going on in my life. Relationships are hard, breakups are hard, and nothing is black and white. Love is a complex animal.”

See what happened back in October after the initial split reports went viral. 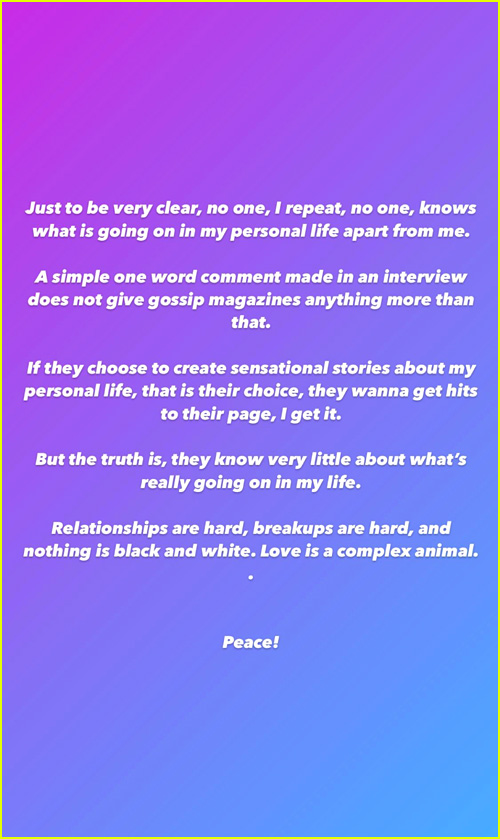