Lady Gaga is rocking another lavish costume on set of House of Gucci!

The 35-year-old entertainer wrapped up in a tan fur coat over a sparkling white dress while on set of her upcoming movie on Wednesday afternoon (April 7) in Rome, Italy.

PHOTOS: Check out the latest pics of Lady Gaga

In between scenes, Gaga was spotted chatting with crew members and gave director Ridley Scott a big hug after getting some advice from him.

Gaga was also seen talking with her on-screen husband Adam Driver, who looked handsome in a navy blazer, beige trousers, and glasses as they got ready to film another scene together.

In the film, Gaga plays Patrizia Reggiani, an Italian socialite who assassinated her husband Maurizio Gucci (Driver) in 1995. It’s based on the novel “The House of Gucci: A Sensational Story of Murder, Madness, Glamour, and Greed” by Sara Gay Forden.

If you missed, this Oscar-nominated actress just joined the already star-studded cast of House of Gucci!

Check out the latest ‘House of Gucci’ set photos inside! 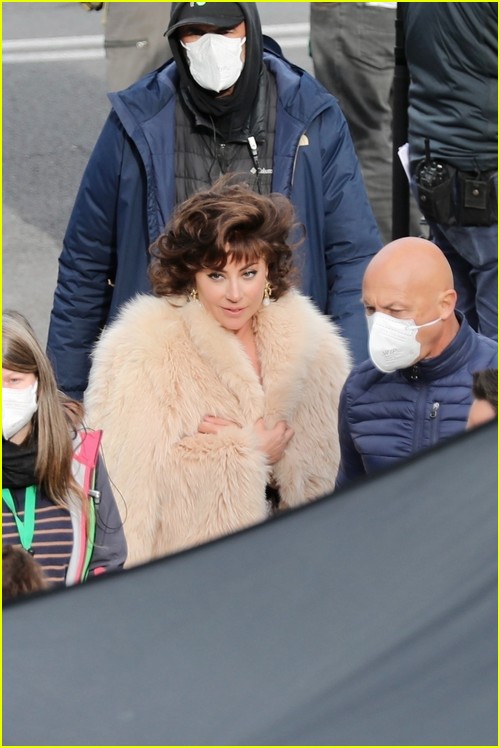 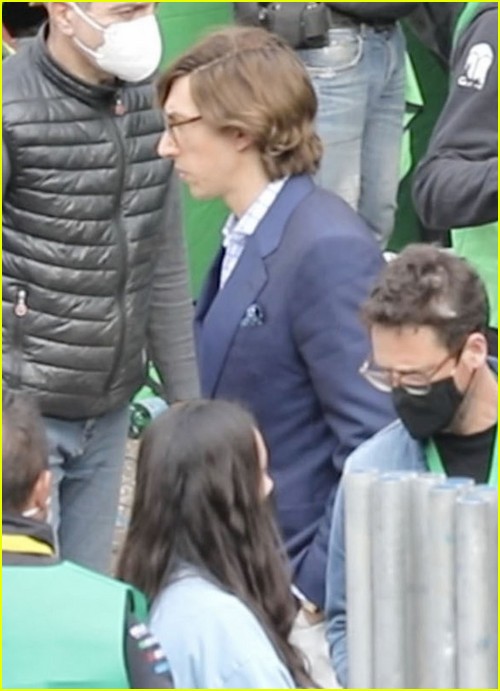 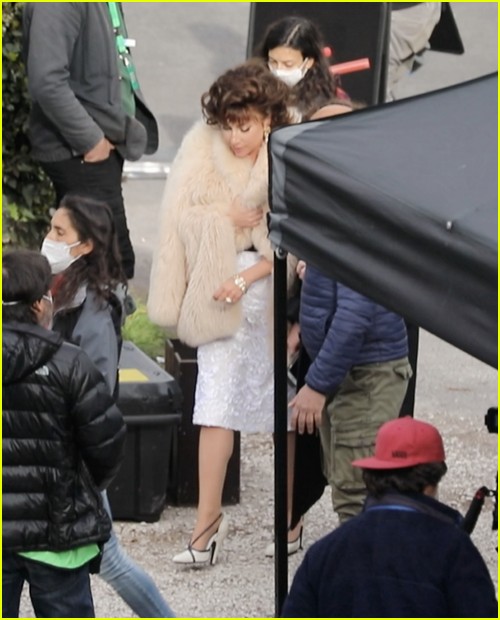 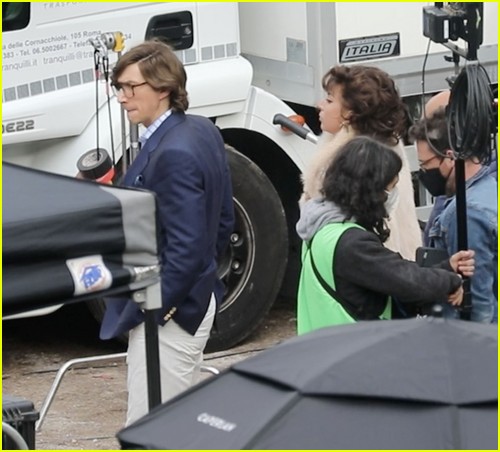 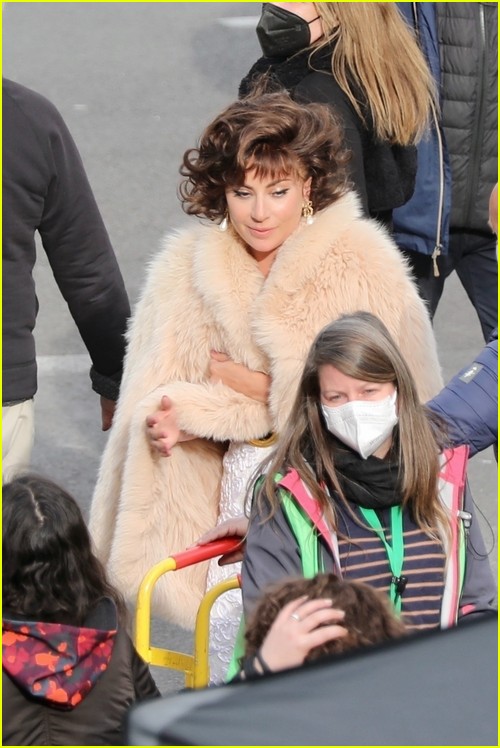 See even more set photos in the gallery!