The 23-year-old actor quickly realized his mistake, but he left the video up for fans to enjoy since it had already widely spread.

When KJ realized his mistake, he uploaded the following photo on Tuesday night (February 16). 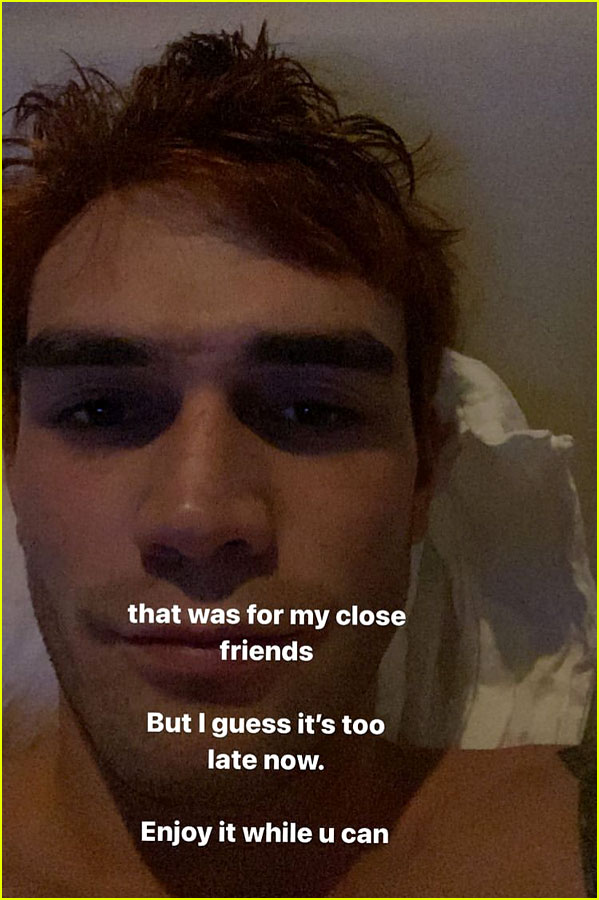 We have a copy of the Instagram Story video meant for KJ Apa’s close friends only.

“That was for my close friends list. But I guess it’s too late now. Enjoy it while you can.” pic.twitter.com/SGuwVXcf4G

Did you know KJ has a gorgeous girlfriend? Find out who she is right here!