Keith Urban Reveals What Happened When Taylor Swift Texted Him to Collaborate on New Songs!

Keith Urban is featured on two songs on Taylor Swift‘s new album Fearless (Taylor’s Version) and he’s opening up about the text she sent him asking him to collaborate with her.

The two music stars have known each other for years. For those that don’t know, Taylor was an opening act on Keith‘s tour before she was doing her own headline shows!

While appearing on The Ellen DeGeneres Show on Thursday (April 15), Keith talked about what happened when he received those texts from Taylor.

Click inside to find out what he said about the texts… 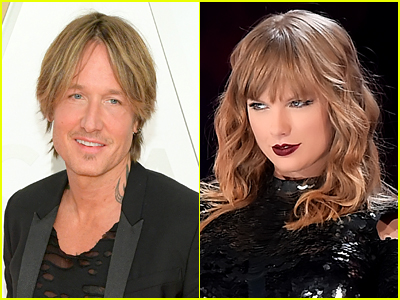 Keith and his wife Nicole Kidman made a rare appearance with their two daughters earlier this year!

Watch another clip from the interview below!