Justin Bieber’s Sexually Suggestive Comment About Hailey Bieber Has Fans Talking – See Her Response to Him!

Justin Bieber and Hailey Bieber had a not-safe-for-the-office interaction on Instagram this weekend!

It all started when Justin posted a video of himself singing. If you don’t know, Justin is set to perform his first live concert since 2017 on New Year’s Eve with T-Mobile Presents New Year’s Eve Live With Justin Bieber.

After Justin posted the preview of what fans can expect from his New Years Eve concert, Hailey left a comment on the video.

Well, Justin then replied with a sexually suggestive comment that got fans talking! Hailey later responded to Justin‘s comment.

Click inside to see what Justin Bieber said to Hailey Bieber, and see how she herself responded… 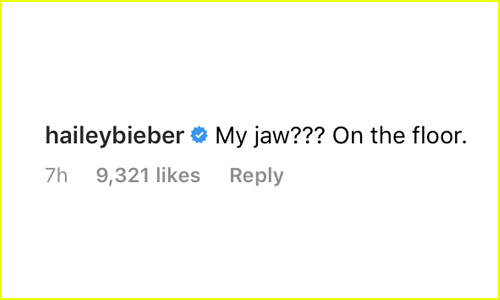 To which Justin then responded, “ur jaw is other places too lets be honest.” 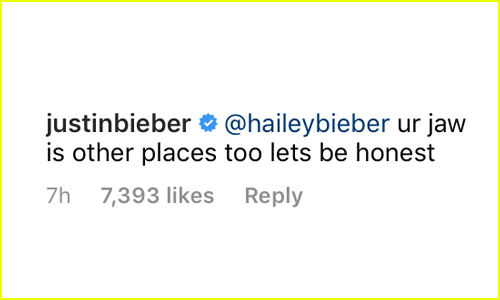 Then, Hailey commented on the photo again in response to this comment, writing, “omg please go to sleep.” 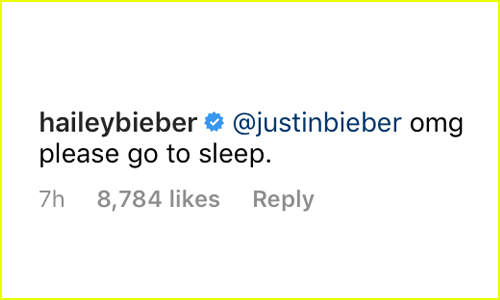