Justin Bieber is firing back at a report claiming he is studying to be a minister at the Hillsong church.

If you don’t know, Justin has been long-affiliated with Hillsong but it seems he has cut ties with the church after his friend, pastor Carl Lentz, admitted to infidelity.

Now, Justin is firing back at the report suggesting he’s studying to become a minister at the church. He wrote: 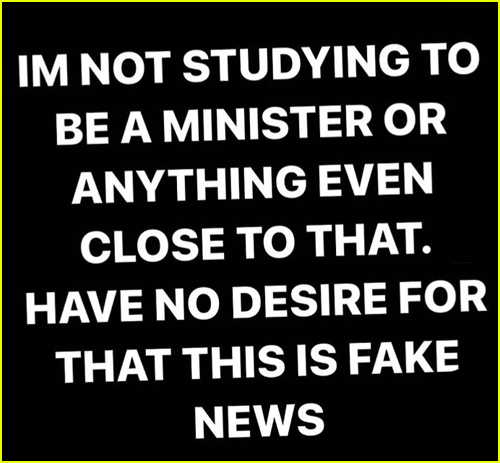 Justin also posted a series of messages on his Instagram Story about this fake news, and explained his current affiliation with Hillsong after all the controversy surrounding Lentz.