On Saturday (December 26), the 45-year-old Modern Family took to Instagram to share the first photo of his son Beckett‘s face.

PHOTOS: Check out the latest pics of Jesse Tyler Ferguson

In the photo, Jesse‘s husband Justin Mikita sits with baby Beckett on his lap, and the two both have huge smiles on their face. The couple’s dog Leaf is sitting next to the father-son duo on the couch.

Jesse and the 35-year-old Tony-winning producer welcomed Beckett back in July. Since then, the parents have shared glimpses of their son on social media, but never his face until now. 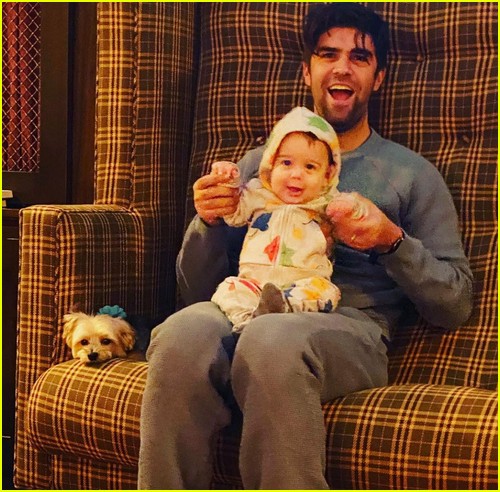