YouTuber and makeup guru Jeffree Star is reacting to the wild fan-driven rumor that he and Kanye West are an item.

We need to preface this all by saying this is a completely unsubstantiated rumor that seems to have originated on TikTok. A TikTok user posted a video claiming she had information that Kanye was hooking up with a famous, male beauty guru.

Kanye West and Jeffree Star trend on Twitter after TikToker makes bizarre claims linking West to the controversial make-up guru as they're both staying in Wyoming.

Social media quickly took the situation and turned it into a series of memes and jokes. pic.twitter.com/36QD7QAB43

This all comes on the heels that Kanye and his wife Kim Kardashian are heading towards a divorce.

Now, Jeffree is speaking out about the rumors and…he’s not denying anything! In fact, if anything, he’s adding some fuel to the fire. 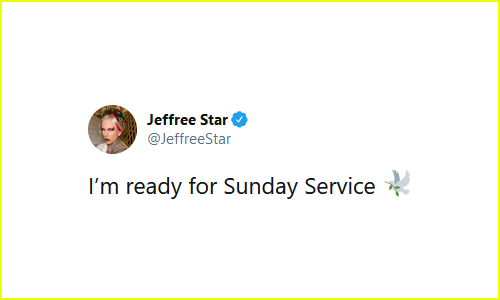