Ireland Baldwin is weighing in on the controversy surrounding her stepmom.

On Sunday (December 27), Hilaria Baldwin was the topic of major debate on social media, after people started questioning her Spanish accent and heritage.

The 36-year-old wife of Alec Baldwin then released a message regarding the debate saying, “This is very important to me. I understand that my story is a little different, but it is mine, and I’m very proud of it.”

Alec‘s eldest daughter, whom he shares with ex Kim Basinger, is defending Hilaria amid the social media controversy. 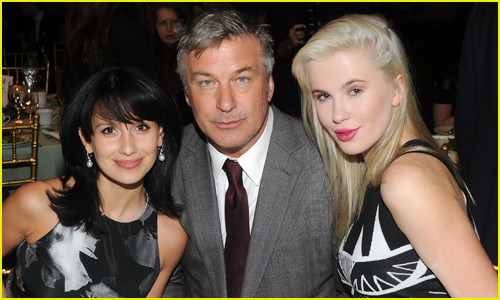 “It’s so pathetic that anyone would want to play detective and dig that deep into someone’s life they don’t know anything about, don’t know how they were raised, don’t know who they were actually raised by,” the 27-year-old model said in an Instagram Story. “It’s just kind of sad and pathetic. And also, it’s like the holidays, people are depressed, people are going through a lot. I know I’m going through a lot personally. And the last thing we really need to do is start shit and gossip about something is just so, so stupid. And about someone that nobody even really knows.”

Amid the controversy, Hilaria said that she will be taking a “long” break from social media.

Read More: Ireland Baldwin Defends Stepmom Hilaria Baldwin Amid Heritage Controversy
Wendy Williams Resurfaces On Social Media With Her Son After The Passing Of Her Mother
Netflix Rumored To Be Developing An Elder Scrolls Television Series