Charlyne Yi is speaking out against James Franco and Seth Rogen in a new post about how she tried to quit the movie The Disaster Artist.

The 35-year-old actress got her big break in Seth‘s 2007 movie Knocked Up and he was one of the producers on The Disaster Artist, in which she played the role Safoya.

In an Instagram post on Thursday (April 8), Charlyne accused James of being a sexual predator with a “long history of preying on children.” She also accused Seth of being one of his enablers.

“When I tried to break legal contract & quit Disaster Artist because James Franco is a sexual predator, they tried to bribe me with a bigger acting role. I cried and told them that that was the exact opposite of what I wanted, that I didn’t feel safe working with a f–king sexual predator,” Charlyne wrote in her post. “They minimized & said Franco being a predator was so last year and that he changed… when I literally heard of him abusing new women that week.” 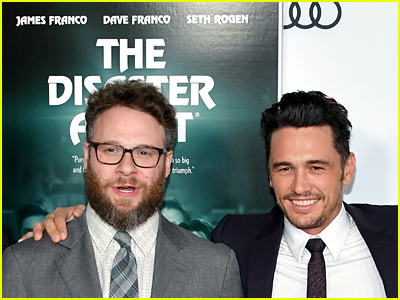 She continued, “Predators will perform empathy, gaslight, & say they will do better — all in order to protect themselves and continue to harm others. Enablers are just as toxic and are abusers too. Disgusted by white men choosing power over protecting children and women from predators. Educate, organize, and dismantle corruption in your circles and in the law.”

“White men saying it’s not their responsibility when holding Franco accountable, or when holding Seth Rogen and enablers accountable. Then whose responsibility is it? The women and children who have PTSD from Franco? Or the future targets of abuse? White men perform infantalism when it comes to sacrificing their white supremacy & patriarchy because they actually don’t give a f–k,” Charlyne concluded the text in the photo section of the post.

Charlyne also wrote a lot more in the caption. Keep reading below…

In the caption of her post, she wrote, “Seth Rogen was one of the producers on this film so he definitely knows about the bribe and why I quit. Seth also did a sketch on SNL with Franco enabling Franco preying on children. Right after Franco was caught.”

“Franco has a long history of preying on children. This is on top all the corrupt laws that protect predators made by violent white men,” she said. “Denying/gaslighting is a tactic that abusers and enablers use that is psychological violence, & has serious affects: the survivor loses sense of reality/intuition to protect self from targeted again, PTSD, suicidal thoughts, etc. This month is Sexual Assault Awareness Month when it should really be something men educate themselves about their whole life and learn how to be there & protect women, nonbinary, trans, etc—who are targeted.”

A few years ago, Charlyne talked publicly about a racist encounter she had with a famous actor.