Bruce Willis is reportedly unwilling to wear a mask.

The 65-year-old Die Hard actor was asked to leave a Rite Aid on Monday (January 11) after refusing to wear a mask amid the coronavirus pandemic, a source told Page Six.

PHOTOS: Check out the latest pics of Bruce Willis

The source said people in the store became upset, and despite having a bandana tied around his neck that he could have used, he reportedly wouldn’t wear a face covering. A rep for the star didn’t return Page Six’s request for comment. 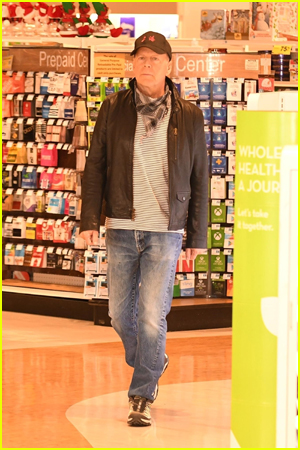 He was also photographed at the store without a mask on, walking away without making a purchase.

A big mystery (that has since been solved) last year was why Bruce‘s current wife was not quarantining with the family. Find out what was happening!

His ex Demi Moore went viral recently when a photo was posted of her in her bathroom…and one social media detective noticed something unusual. And she’s blaming Bruce! Find out what happened…

After some major teasing on Twitter, Bruce Willis reprised his iconic Die Hard character for a new project a few months before.