Nicola Coughlan is one of the breakout stars of the Netflix series Bridgerton and she is opening up about a possible second season.

The 34-year-old Irish actress plays the role of Penelope Featherington in the new Shondaland show.

Nicola chatted with TVLine and revealed she doesn’t yet know what will happen in season two, if the show gets one, but she does have some hopes.

“They’re keeping everything super, super secretive so I don’t really know yet,” Nicola said. “Trust me, the cast, we’ve been speculating heavily. I text Claudia Jessie (who plays her onscreen bestie Eloise) a lot and ask, ‘What do you think is happening?’ I’ve been speculating a lot about storylines and just trying to apply logic where I don’t know if logic works.”

The rest of this post contains spoilers, so beware!!! 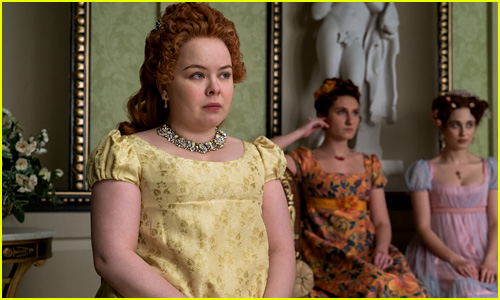 At the end of season one, we learned that Penelope is the person behind the Lady Whistledown gossip paper. Her father also died and a big cliffhanger left us wondering who will inherit his estate as women weren’t allowed to inherit estates back then.

Nicola said about Penelope, “She is surely wealthy because of Whistledown. But what is that going to mean? I don’t know who’s taking over the family estate and my dad, has he really been killed? Is Eloise going to figure out who Whistledown is? I know none of that stuff. I’m honestly just as curious as you. Hopefully, they’ll say yes [to Season 2].”

So, what does Nicola hope will happen with her character? 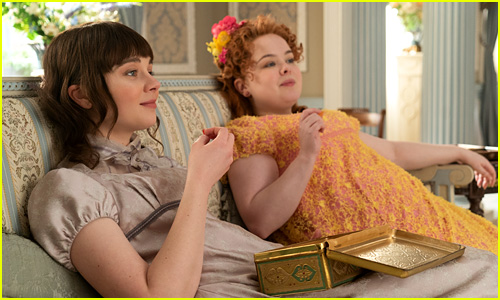 “I would like to see Penelope mature a bit and have a little more confidence in herself. I’d like to see her be more honest, because the worst deception is to Eloise, her best friend. Eloise is totally upfront with Penelope all the time, but Penelope doesn’t tell her so much, and it stresses me out to think about when that finally comes out. What is it going to mean for their friendship? When a script has dimensions and levels like that, it makes your job as an actor really easy because it’s all there for you. I’ve never played a character before that keeps so much below the surface,” she said.

Make sure to read about how she clapped back at critics of the show’s diversity!