Golda Rosheuvel, who plays Queen Charlotte on the Netflix series Bridgerton, is opening up about her own ideas of what should happen in season two.

Throughout season one, the Queen was on a hunt to find out the identity of the person behind the Lady Whistledown gossip papers, which spread around the “ton.”

SPOILER ALERT – In the season finale, Eloise Bridgerton thought she discovered the identity of Lady Whistledown and when she learned of the Queen’s plot to trap her, she foiled the plan by warning the secret person. In the end, we learned the person was someone completely different and no one knows who she is yet.

So, what does Golda think should happen in season two? 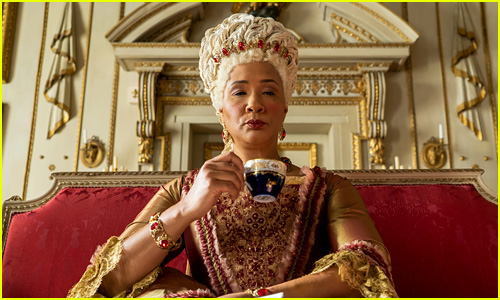 “If [creator] Chris Van Dusen comes to me and says, ‘Golda, what would you like to see in the second season if we have a second season?’ I would say, ‘The Queen and Eloise have to get together and form an alliance and find out who Whistledown is,’” Golda told Insider.

“I think it’s the intrigue of meeting her match. I think she’s intrigued by this woman who has the audacity to tread on the Queen’s toes, basically,” she added. “I think there’s a lot of joy in that for Queen Charlotte because she loves a little bit of gossip.”

The show’s creator just revealed how many seasons he hopes to do!