The new Netflix series Bridgerton is based on a book series by author Julia Quinn and she is opening up about the television show and her thoughts on the changes that were made.

Season one of the series is mostly based on the first book in the series, “The Duke and I.” Eight more books followed with the final installment released in 2013.

The Netflix series, which was created by Shonda Rhimes‘ production company Shondaland, has new characters and some characters that were just in the background in later books. While speaking to EW, Julia revealed how she reacted to the changes.

“Very positive. It’s all fabulous. I feel the need to assure all my readers and just say, look, this isn’t a word for word adaptation, but it shouldn’t be, and I don’t want it to be. A word for word adaptation of my books would not make a great TV series. But an adaptation where you’ve got my characters and my stories, but give it new life is amazing. It’s again, I mean, I have no words and I write words for a living, and it’s just — I’m so excited by it,” she said. 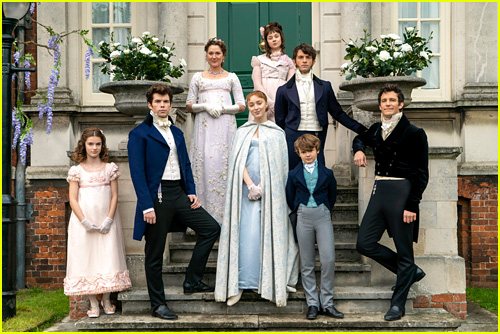 Julia also told People, “My books are very tightly wound around the main characters… With the television series, especially when there’s such a big cast, you need to spread the focus a little bit, which they’ve done beautifully… It’s not that they’re jumping ahead. But you can see little things like they’re getting things ready, hopefully for more.”

She continued, “I don’t know if surprise is the right word, but I think [fans of the books are] going to be really amazed at how you can take something and not adapt it word for word — because it’s absolutely not — and yet still stay so incredibly true to the characters and story.”

Meet the super hot cast of the series and find out where to follow them on socials!

Read More: ‘Bridgerton’ Author Reacts to Netflix Series, Shares Thoughts on the Changes
Queen Elizabeth Posts Special Message Of Hope For 2020 Christmas Eve
Iggy Azalea Puts Playboi Carti On Blast – Shares Video Of Him Getting Kicked Out Of Her Home