The ABC series The Baker and the Beauty is now the number one TV show on Netflix in the United States and the cast has hope for a season two renewal!

The nine-episode first season aired on ABC in the spring of 2020 and was unfortunately not a hit. Less than 3 million people tuned in for each episode, making it one of the least-watched shows of the season. ABC announced the show’s cancellation in June 2020 and the producers were unable to find another home for season two.

It’s clear that people weren’t aware of the series as now people are finally watching it and LOVING it!

Nathalie Kelley and Victor Rasuk, who played lead characters Noa Hamilton and Daniel Garcia, are speaking out following the show’s success on Netflix.

Click inside to find out what the stars are saying…

Keep reading to find out what they’ve said… 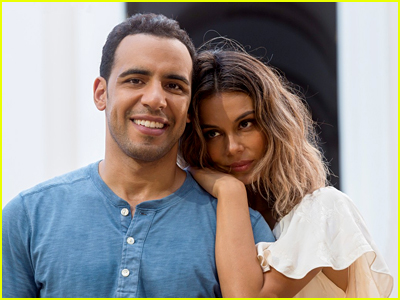 Nathalie told her fans, “keep this up and who knows what might happen.”

Her full message read, “I can’t even begin to tell you the joy I have in announcing that The Baker and the Beauty is the NUMBER ONE TV show on @netflix!!! In less than a week, and with zero advertising you all have made this possible. THANK YOU! Thank you to everyone who made this show so magical: actors, writers, producers, directors, crew and many more – to see it finally getting the love and recognition it deserves is so validating! We made a show about LOVE with lots of laughter thrown in for good measure. This one is for my Latin community, who deserve this kind of representation on television. And for my LGBTQ brothers and sisters who are equally deserving of being portrayed in such a loving light ✊🏽🌈💃🏽 keep this up and who knows what might happen… 💋💋 love Noa Hamilton.”

Victor told fans, “Wow, I can’t thank you guys enough for putting our show at #1 on @netflix in only 4 days. The petitions, the response, & the love you guys expressed, may pay off… let’s go NETFLIX! Season 2. 🤞🏽🙌🏾👊🏽”