Anwar Hadid Says He’s Anti-Vaxx, Explains Why He Won’t Get the COVID-19 Vaccine

Anwar Hadid just revealed to the world that he’s an anti-vaxxer.

The 21-year-old model, who is the younger brother of Gigi and Bella Hadid, responded to a fan question on Instagram about the coronavirus vaccine.

“Will u take the vaccine,” a fan asked. Anwar responded by saying, “Absolutely not.”

Another fan then asked, “Why are you anti vax.” He replied by saying he’d rather get COVID-19 and have antibodies that way rather than get the vaccine.

Anwar wrote, “Either I just don’t get it or I get it and god willing heal from it and get antibodies rather than do that process unnaturally. Our bodies are made by the creator to do way more than we think.”

World leaders and top scientists have said that we don’t have anything to worry about with the vaccine and people like Joe Biden and Mike Pence have gotten their vaccine shots publicly to prove it’s safe.

Anwar just celebrated Christmas alongside his girlfriend Dua Lipa and the rest of his family.

Click inside to see the screencaps of Anwar Hadid’s posts… 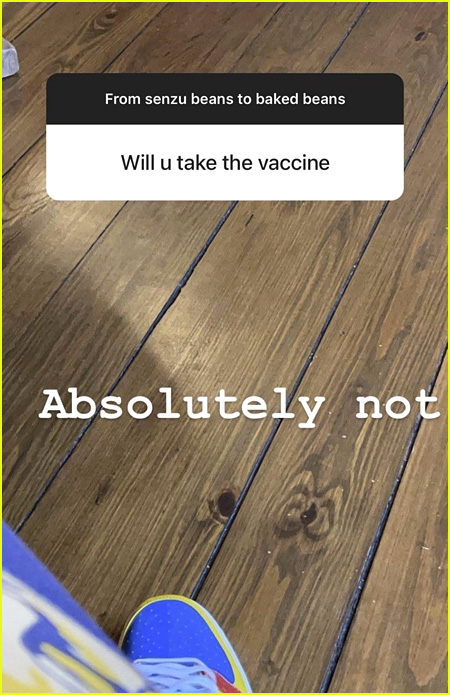 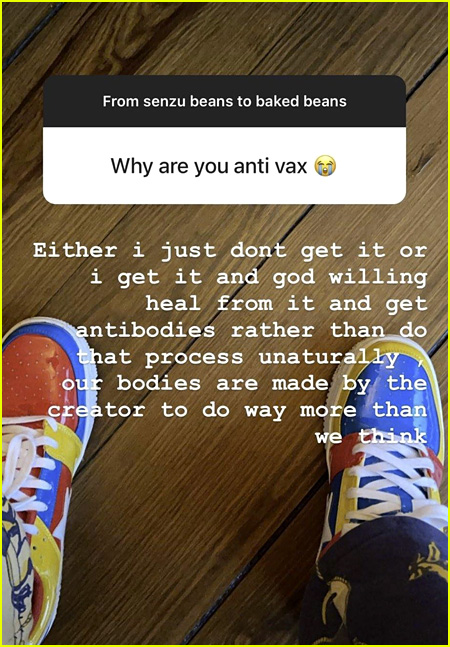